The aim of this study was to discuss a case of late-onset Klebsiella oxytoca keratitis after deep anterior lamellar keratoplasty and its treatment. A 21-year-old female patient presented with redness and effluence in the left eye at 5 months after uncomplicated deep anterior lamellar keratoplasty surgery. In the examination, a single suture was loosened in the superior nasal region and there was an infiltration area and epithelial defect in the graft and recipient bed junction in the area of the loose suture. Topical fortified vancomycin and fortified ceftazidime treatment was started empirically hourly, but there was insufficient response. After K. Oxytoca growth in a swab and suture culture taken from the patient, fortified vancomycin was replaced with fortified imipenem. It was observed that the infiltration area rapidly regressed and the epithelial defect was closed after fortified imipenem treatment. Fortified imipenem may be considered as an alternative treatment, especially in cases in which there is no response to treatment and culture growth is detected.

Infectious keratitis is one of the most important complications of penetrating keratoplasty and poorly affects the success of the graft and visual outcomes(1,2). The incidence of infectious keratitis after keratoplasty is reported to be between 1.76% and 7.4% in developed countries, while it can reach up to 11.9% in developing countries(3). Infectious keratitis usually occurs in the first year after keratoplasty; in particular, suture-related problems are an important cause of this complication. Loose or exposed sutures disrupt the integrity of the epithelium in their region, and mucus strands attached to this region form a nidus for bacterial colonization, creating a serious predisposition(1).

The most common cause of infectious keratitis after keratoplasty is Gram-positive cocci. In particular, Streptococcus species and coagulase-negative Staphylococcus species are the most common microorganisms causing graft infection(1-2,4-5). Pseudomonas aeruginosa from Gram-negative microorganisms and Aspergillus species from fungal agents are among other important causes of this condition. Klebsiella species are Gram-negative microorganisms that are commonly found in nature and can be present among the gastrointestinal and nasopharyngeal flora under normal conditions. The main species that cause infection in humans are K. Pneumonia and K. Oxytoca, most commonly causing respiratory system, urinary system, biliary system, and surgical wound infections(6). Moreover, they have rarely been reported to cause ocular infections(7,8). The purpose of this study was to discuss a case of late-onset K. Oxytoca keratitis after deep anterior lamellar keratoplasty (DALK) and its treatment.

A 21-year-old female patient was admitted to our clinic with visual loss in both eyes. The patient’s history and family history were unremarkable. In addition, she had no history of trauma. The best corrected visual acuity (BCVA) was 5/10 in the right eye and 1/10 in the left eye. Anterior segment examination revealed bilateral Vogt striae, Fleischer ring, and corneal thinning, whereas posterior segment examination was normal. The patient was diagnosed with keratoconus in light of the examination findings and topography data, and cross-linking treatment to the right eye and DALK surgery to the left eye were performed at different times without any complication. BCVA improved to 4/10 after surgery in the left eye. However, she was admitted to the clinic with redness and discharge in her left eye at the postoperative 5th month. Visual acuity decreased to 1/10, a single suture was loosened in the superior nasal region and an infiltration area and epithelial defect were found in the graft and recipient bed junction, at the site of the loose suture (Figure 1). Suture-related keratitis was considered and the patient was hospitalized urgently. Swab samples were taken from the infiltration area and cultured at the bedside. Moreover, the suture was removed and sent for culture with the transport media. fortified ceftazidime (50 mg/ml), and artificial tears without preservatives were started every hour, and cyclopentolate was administered 3 times per day. Otherwise, the dose of loteprednol, which was started after keratoplasty, was revised twice daily. On the fourth day of treatment, there was no improvement in the infiltration area and epithelial defect, and K. Oxytoca growth was detected in both swab and suture cultures. An antibiogram revealed that the microorganism was susceptible to imipenem, and it was thought that there was insufficient response to the treatment. Therefore, fortified vancomycin was stopped and fortified imipenem (5 mg/ml) was added to the patient’s treatment. On the second day of fortified imipenem treatment, the infiltration area began to shrink, and the epithelial defect had closed completely on the 7th day. After epithelial closure, the loteprednol dose was revised four times a day. Fortified drops were discontinued within 1 month, and treatment was continued with preservative-free artificial tears and loteprednol. At the 6-month follow-up, her visual acuity was 6/10 and the infiltration area was completely healed (Figure 2). 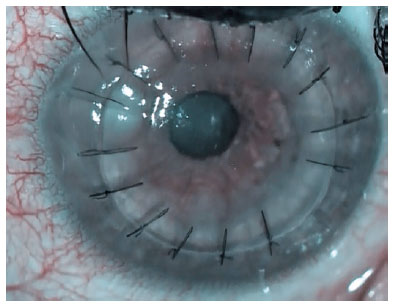 Figure 1. Infiltration area in the superior nasal region of the graft and recipient bed junction. 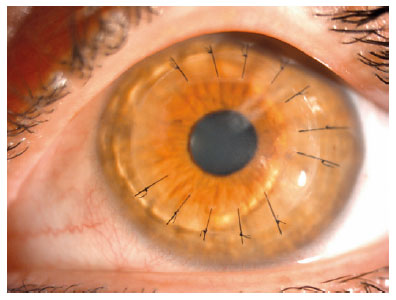 Figure 2. Healing of the infiltration area.

In the case presented here, loosening of the suture after DALK, environmental contamination, and poor hygiene conditions may cause infectious keratitis.

In recent years, K. Oxytoca has been found to cause more frequent nosocomial infections(9). K. Oxytoca infection is mostly caused by non-ocular infections, such as pneumonia, antibiotic-related hemorrhagic colitis, pneumonia, and urinary tract and skin infections. This microorganism, the virulence of which is still not fully understood, leads to more frequent infections in cases of normal flora degradation and immunosuppression(9). Rarely, various ocular infections may be caused by this microorganism. Late-onset corneal ulcer from flap margin after LASIK, and infectious keratitis after penetrating keratoplasty and endogenous endophthalmitis have been reported in the literature(9). In our case, late-onset K. Oxytoca keratitis was found after DALK and, to the best of our knowledge, this is the first case reported in the literature to have occurred after DALK.

In conclusion, K. Oxytoca may rarely cause ocular infections after surgery. Fortified imipenem may be considered as an alternative treatment, especially in cases in which there is no response to treatment and culture growth is detected. In similar cases, it is very important that appropriate microbiological sampling and an appropriate treatment protocol be started immediately. Hereby, good results can be obtained in terms of visual acuity.